During high school, there was an educational field trip my generation of International Baccalaureates took to Guanajuato and Morelia. Unfortunately I was unable to attend the field trip (money money money!), so the experience I had of that was in the shape of the stories and pictures they brought back. But now it was my turn, and having fallen in love with the labyrinthesque way Zacatecas was spread out, I was told by all my friends: “Just you wait until you see Guanajuato.” And I was not disappointed, at all. If anything I was impressed. So after very comfortable week of getting spoiled in León, we made our way to Guanajuato with the help of a ride who dropped us off at the parking lot in the “Museo de las Momias”.

At this point in our trip we’d already given up on the idea of spending our very limited money on touristic attractions or museums unless we are dying to see it’s contents, instead saving the cash for feeding and travel resources. So for five days the most of what we did was explore and try to discover new places to visit without having to over-spend ourselves, Guanajuato now a city inhabited by a majority of students, there are plenty of places that have been accommodated for student’s wallets, most of them being bars, with a few cafes here and there. A “comedor” in particular has complete meals for a very cheap price, and street food is everywhere. We were also able to get a seat to the screening of a horror film in a film festival, free of charge. Visiting the castle was also free of charge, so we suffered no losses there. Beyond the experience of few things to spend money on, we had a whole never-ending city to explore!

I really did love Guanajuato as a city, as I mentioned, it’s a very labyrinth like city but a little more complicated than Zacatecas, to us the tourists anyways. It also has a very eerie way of making you feel like everything is far away from one any other building, when in reality it’s only the streets that are twisted in a way that makes you walk a lot to get anywhere. Like an optical illusion tricking us the traveling pedestrians, the only thing worse would be if the city secretly re-arranged itself at night. Personally I think it might. Even so, I am impressed with the way the city has been able to keep itself up and running, no matter how inconvenient for modern traffic its design is: the streets are only thin enough to be one-lane-one-way streets, it’s an entanglement that climbs onto the tunnels in the hills and dives into channels bellow, there are underground streets that travel all around the city, and both you and public transport have to share. 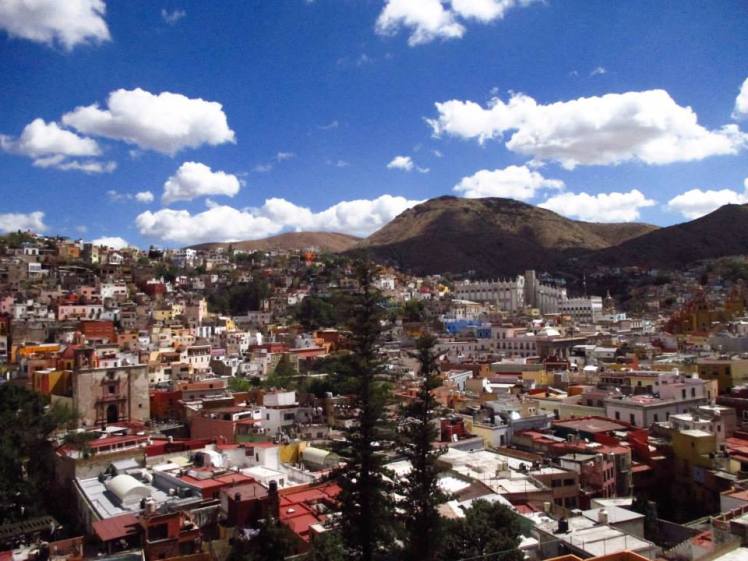 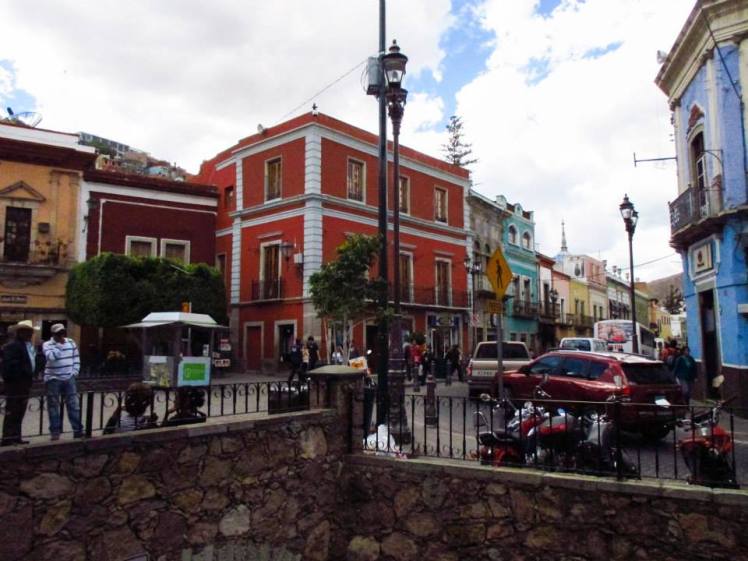 But the city wasn’t designed like this just to make it complicated to live in, or at least the tunnels weren’t. For starters the city was built around the time carriages weren’t that abundant in the area, so small streets were natural to accommodate pedestrians only. The tunnels were a way to accommodate the river so it would flow through the city without damaging or disrupting city life.

Guanajuato is old and with that age came a lot of things it witnessed, the two main ones being where our independence was triggered into action, and where our Constitution was signed. And just like in Mexico City, you can find a building from the past 500 years around here: there are some buildings that are standing since our Spanish colonial era, being held together by other buildings and you can tell it’s aged by the way the wood from the windows is falling down; then there are the buildings built by priests and monks (one of them is now a school), churches and other religious buildings from almost every century, buildings Don Porfirio Diaz erected during his government, newer buildings from this century, restored buildings, and even a castle! So there is an abundance of things to explore here, and it’s part of the reason why we extended our stay, out of our aspiration to see and enjoy as many old and historical things as possible to further our education and appreciation of our country.

It was like time traveling without the time machine. And I really mean it that way, few things in the city have been changed to accommodate the new age, most of it being reinforcements and new technology inside the building itself, but everything outside has been kept and restored to keep in it’s appropriate looking age. It’s either time travel, or the real life breathing version of a theme park. Or you jumping into a painting of the 18th century, and live in it for a bit, like Mary Poppins and that chalk drawing she and the kids jump into. Or living in a slightly haunted place that has secrets to reveal to everyone. I have these and many more comparisons to how it felt just walking around this city, but the eerily enchanting feeling remains the same (forgive my cornyness), it’s something you have to experience with patience.

Every country in the world is famous for something architecturally that you picture when they mention it. When you say United Kingdom I think castles, with United Stated I think cowboy towns, with India I think huge buddhist temples, with Japan I think shrines with those slightly curved ends. But when you say Mexico I think colonial buildings with plenty of colors and churches, and the place to land in for this colonial image to come to life is Guanajuato.

P. S. In other posts I’ve mentioned how as travelers the experience of any city can be affected for better or worse by how we are treated by people around us. Unfortunately our host’s home affected the experience negatively, tainting our enjoyment of the city.

One thought on “Guanajuato”