From Aguascalientes we made our way to León, and after about an hour of waiting for a ride and slowly hitching to the edge of Aguascalientes, a man gave us a ride to León itself. The road was long and full of chatter, and through a series of swapped stories we eventually made it. But our ride was not satisfied with just dropping us somewhere in downtown, so he made sure we had contact with our Couchsurfing host in León and left us where we could make our rendezvous. Too many people underestimate the lengths of kindness people have in them when it comes to meeting strangers on the road, we are all capable of giving a lot, specially to strangers, if we only give each other the chance without prejudice.

There were not that many touristic attractions here, so most of what we did was get to know the city itself. So first stop was looking for what León is famous for, which is leather and boy did we find it awesome. Leather jackets, leather bags, leather boot and bag-shaped keychains, leather wallets, leather hats, leather cup and flask holders, and of course leather boots. Boots of all shapes, sizes and colors! There were even some pink and bright green ones, around there. If I could have bottled up the glorious smell of all that leather into a bottle I would have, alas we could only enjoy it while we where there.

We also went to León’s Parque Metropolitano, which is a park that was built around León’s old dam, where the Hot Air Balloon Festival takes place every year. To me, that was the best experience I had all week: it was just ridding bicycles around the water, in the dirt and road, stopping every now and then to take pictures, and finally playing in a playground meant for kids. Relaxing, enjoyable, cheap (you rent the bikes), and above all fun. After a month of hard worked travel, we were enjoying a week of peace and fun that we were eager to get to, in a vacationing sort of way, it’s the kind of activity that needs little effort from your part and is still something you do not have at home. At least we don’t in Tijuana. 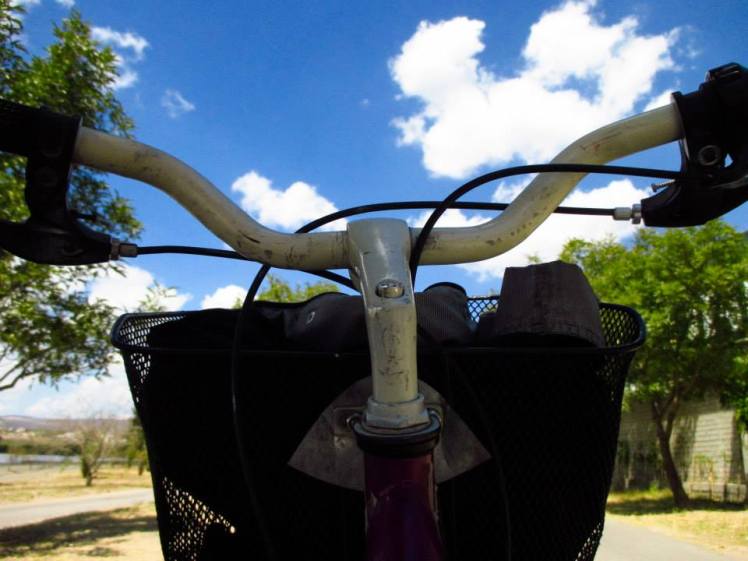 The interesting part of León is not it’s cultural heritage or architectural inheritance, but it’s the way the city has slowly been evolving to the industrial monster it’s threatening to become.The best way any stranger can take note of this is when entering the city: the edges are plastered with half-built tall buildings that in a couple of years should becomeapartment buildings meant to house the growing population that will come here to work and start a life. And then there is the downtown area, which DOES have its century old buildings, but they are not the as well kept as they are in other cities. León is interesting to visit because of the way it exemplifies industrial living to the rest of Mexico, I think it’s a neater version of what Aguascalientes is now, but it’s also currently stuck between the then and now. 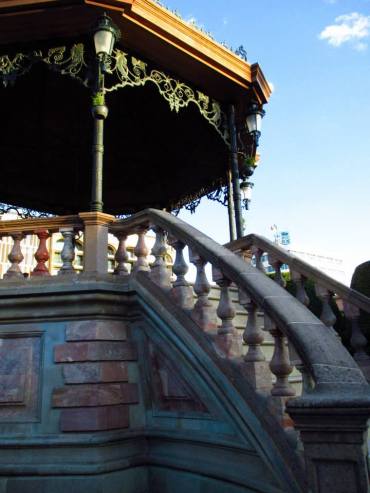 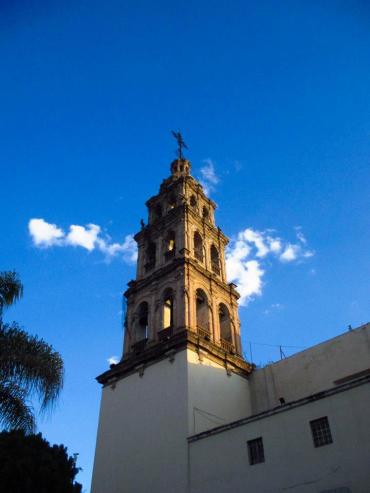 As a way to commemorate our country’s Independence Bicentennial, a hologram style light show takes place in this City’s cathedral. So you have this really old cathedral that has been standing for centuries the same way other cities we’ve visited have one, but it is given light every night with a modern day light show that tells the story of our country, all the way to today. Personally, I believe this is a perfect metaphor to what is going on to our cities today: we are NOT trading in the old with the new, but we are keeping and preserving the old as we bring in new ways to make our cities shine.

I would mostly come back to visit the Couchsurfing friends we made here. Our hosts in León became competition to kindness and generosity with our host in Aguascalientes. They where a married gay couple with a hair salon of their own, they took us in as if we were their children, they looked after us, fed us and spoiled us (I got a much-needed haricut!). While in Aguascalientes we felt kindred with our host, here we felt fully taken care of.

Traveling is the experience of both learning from the cities we visit and making connections with the friendships we create along the way. Couchsurfing has proven to us that it is a more than friendly exchange of hospitality and favors, but it’s an experience that is different to each and every one of us and it’s always rewarding.