From Zamora we tried to hitchhike our way to Chapala, unfortunately NOBODY picked us up from Zamora so we had to take a bus to Ocotlán, from there a photographer picked us up and drove us close to Chapala, where we took another (cheaper) bus. So we made it, but it took us all day. Thankfully we did have a couchsurfing host here, so we landed, waited for him, and he drove us around a bit to show off the town at night. Our host was also hosting for an north american lady who is traveling Mexico (although not ALL of it) on her own, so we were quite the varied group.

The next day our host took the three of us to visit an island in Mezcala -a very tiny pueblo near Chapala- we drove there at around mid-day and witnessed the aftermath of church attendance. It felt like stepping into someone else’s living room while they enjoy time together, we were out place and mixing in with an already established Sunday routine. From the church, families flooded out to seek a place where their Sunday outfits could enjoy a little more sunlight: family restaurants from nearby with mariachi bands playing outside by the tables. It was heartwarming.

To get to the island of Mezcala (that’s it’s name, actually), we had to take a boat, and the boat had a fee per ride (not per person). So to fraction that fee we waited for more people to arrive and formed a large enough group to pay a minimum amount. I’ll admit, the boat was a little beat up and I did silently panic at the idea of getting stuck or tipping over, but it did it’s job and got us to the island safe and sound. Part of the service that comes with the boat ride was a tourist guide for the island, a grown man was our boat driver and two ten year old kids were our guides (it was honestly more adorable than informative, but they DID try).

This island in particular is famous for having once been home to a fort, and the fort is still there, but for tourist and field trip purposes only. Most of what there is to do once you reach the island is wander around fort leftovers and read up on the cliffnoted information boards in each space. But it’s an overall calming experience. You are in an island, away from loud music, loud people, busy streets (or streets of any kind), and buildings. Just wandering around, revisiting a space in time long forgotten. I honestly just disconnected from reality a bit and enjoyed the scenery, After spending the last couple of days of getting from place to place, this was just what we needed. 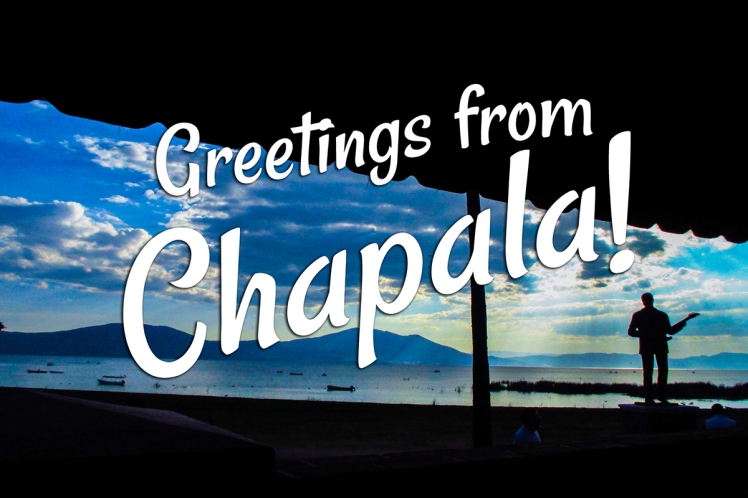 Chapala itself is a different story. Rumor (and evidence) has it, that it’s slowly becoming yet another spot for north american retirees to come and spend the last of their days in small town peace. So while it was a relatively chill place to visit (after Mexico City, everything seems calmer by comparison), it didn’t feel entirely Mexican, at least not anymore. A lot of details around this place -signs, service, advertising, music- has been changed a bit for the comfort of the non-spanish speaking inhabitants, and just the general feel here is less “”we’ve-always-been-here-and-kept-our-traditions”” and more “”we’d-like-to-keep-you-happy””. Or at least getting there.

Don’t get me wrong, our experience in Chapala was mostly good and calm, but it wasn’t what we would expect from trying to get to know our Mexican roots.

P.S. Everything closes early, too! So get stuff done early!